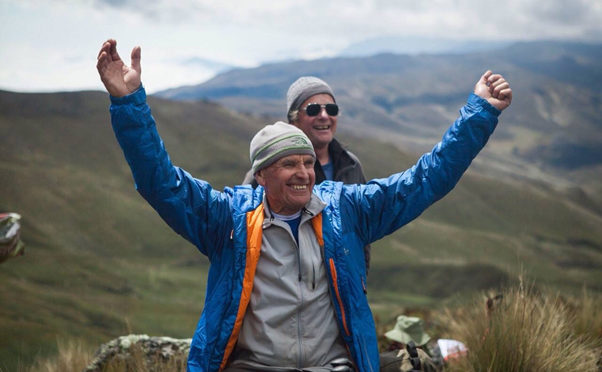 Mick Foster has been nominated for the

From running marathons, being a Guinee pig to test a new generation of medication, to expeditions; Mick has done a lot to inspire other transplants and promote organ donation and transplantation 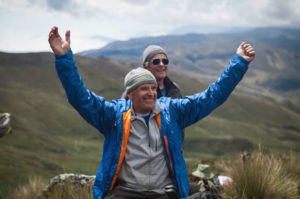 Mick : photographed on the Transplant climbing expedition to Ecuador in 2015

Please log onto the BHF web site to vote for Mick :

Jim Baker provided the following article when nominating Mick for the “Inspiration” award:

I have been asked write a simple report as to why I nominated Mick for a Heroes award as invited by the BHF. It is my pleasure to write this.

I first met Mick back in the late 90’s when he joined our local running club and soon became interested in his progress back to fitness following his Heart Transplant, as did we all. It had been quite a story for him and apart from his friendly nature and dogged determination to achieve; he always showed gratitude and respect for the medics who had pulled him through as well as the incredible generosity of the donor and his family.

Mick trained hard and progressed to the London Marathon and in true Mick fashion shortly after walked from John O’Groats to Lands End self-supported and at his own expense.

There followed a host of challenges and feats of self-achievement and unusually for athletes he was as talented in sprint events as long distance, this led Mick to represent Britain in several “Transplant Games” around the globe, and winning medals at track and tennis.

I will briefly highlight just three more achievements worthy of special mention even though there are many more. Mick completed the “Itex Jersey Coastal walk” – 49 miles in one long day on rugged terrain and the following Year the Guernsey Coastal walk, which was 42 miles.

Then there was “Micks Marathon of Marathons”, the entire South West coast path by walking 26 miles a day for 26 days whilst carrying a collection tin for the BHF. He had a companion on this one. Back in 2005, Mick was joined by Patsy, Alan and myself for the National three peaks mountain challenge (Ben Nevis, Scafell, and Snowdon-24hr) all completed in 21 hrs 57 mins.

As recent as 2013 when Mick was 68 and I was 70, with the help of our friend Ken as the driver and manager we took on the National 6 peaks challenge – as above but with the highest peaks in Isle of Mann, Southern Ireland, and Northern Ireland added. This is a 72hr challenge which we completed in 58 hrs and 5 mins. The three peaks element of this challenge completed in 21 hrs 47 mins. To put that in perspective I have been assured that these events have never been   completed by transplant athletes and even amongst non-transplant people these times are age records.

I have witnessed Mick push himself to the limit and never give up and although on occasions he may have struggled a bit due to medication imbalance I have never seen him grumpy.

Above all else, he has this overwhelming drive to enjoy life, which believe me rubs off; and certainly everyone who really knows Mick also has a great respect for the medical team to whom he is so grateful.